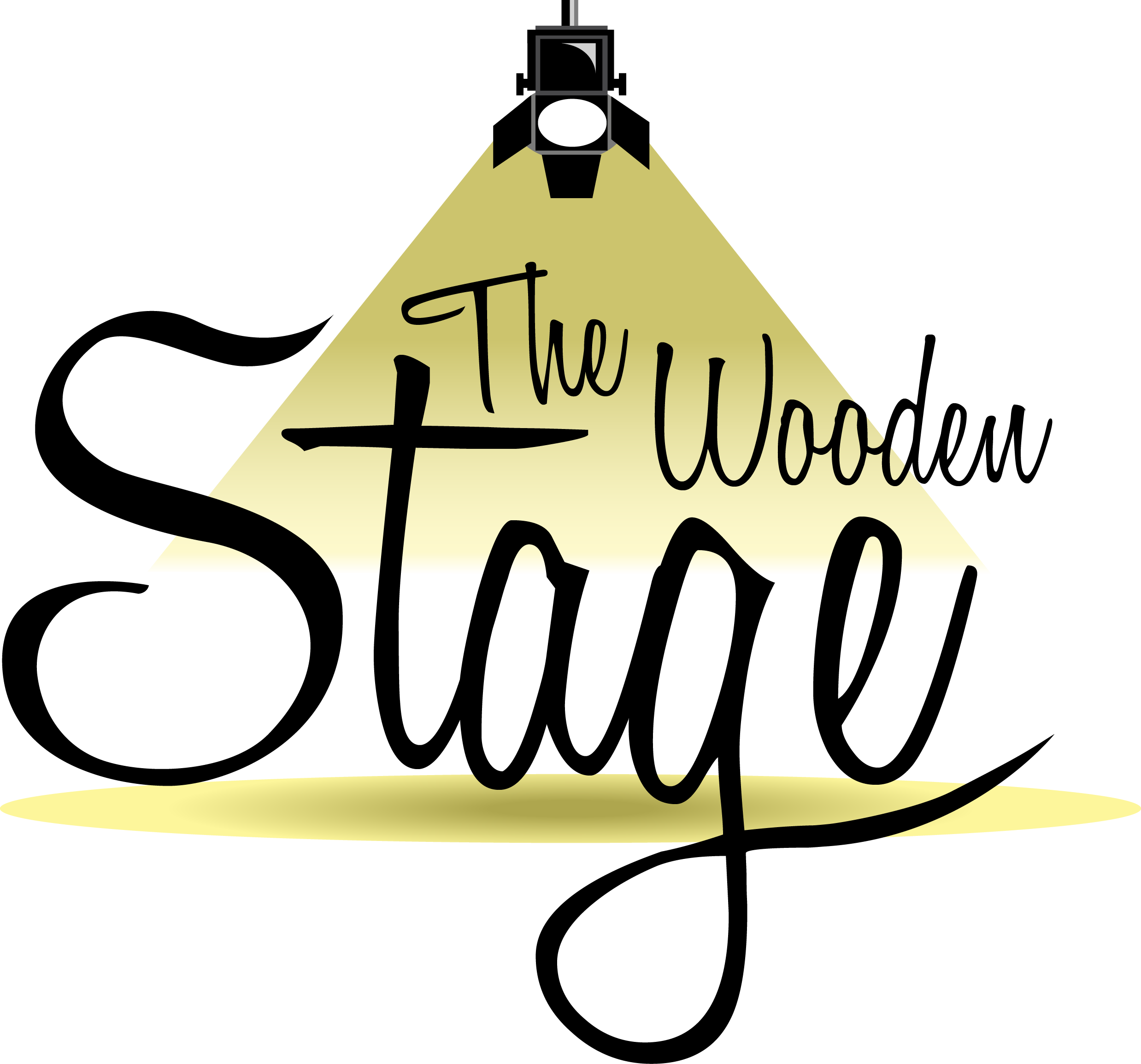 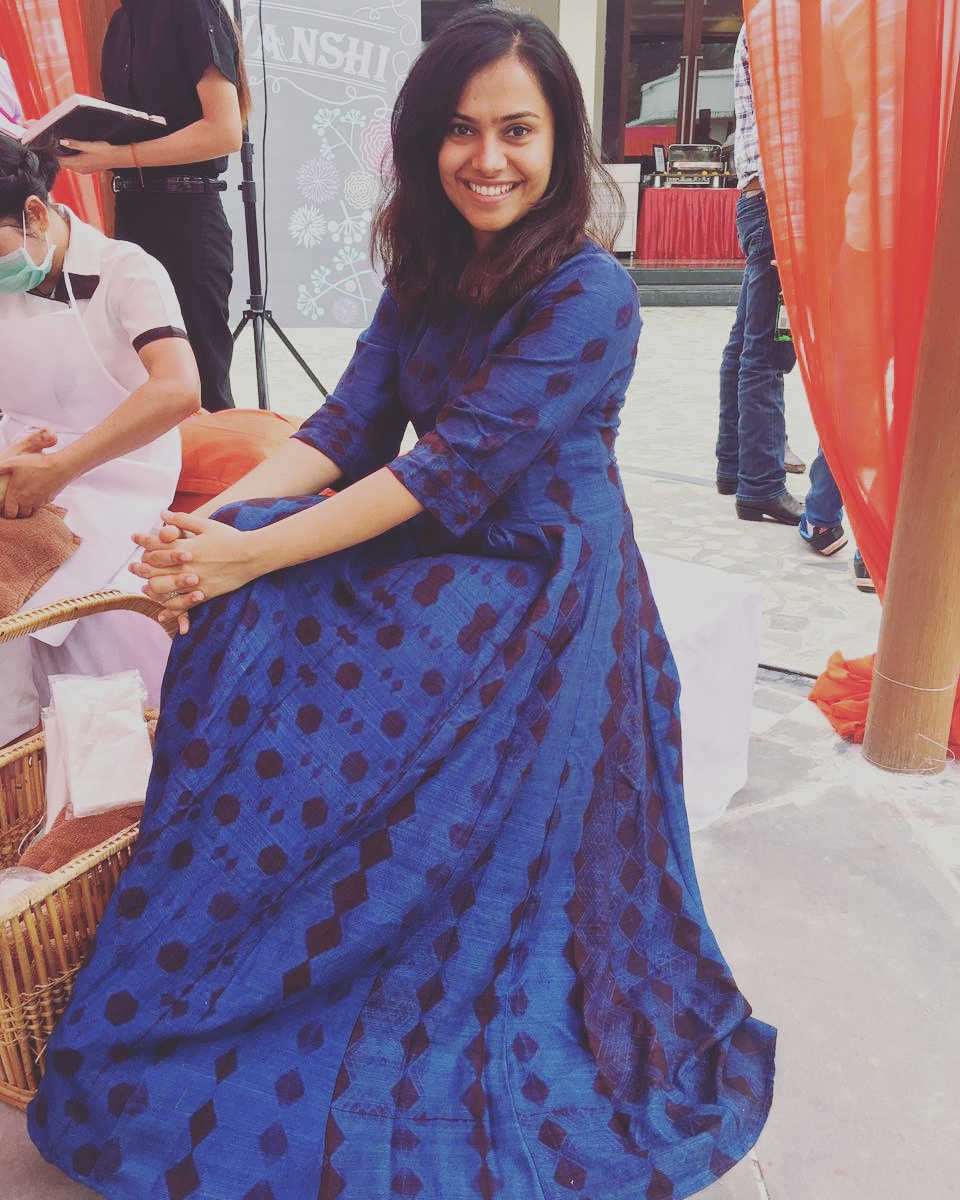 “Shruti has a flair for movement,” said Miss Neelu Virk- her teacher/ mentor who Shruti grew up around. Feeling a pull towards dancing and movement, Shruti incorporated movement and dance in the dramatic pieces her students performed. And it was then that she realized she wanted to learn dancing professionally. Shruti then took a sabbatical from teaching at Trinity to explore dancing. The thirst to learn led her on the journey in the world of dance.

Shruti’s first step in dance was pursuing a one-year diploma in Contemporary art from Terence Lewis Academy of dance. Working in the same company for three years as a dancer and a trainer, she knew in her gut that now there was no stopping her.

In 2013 and 2014, she attended a summer school at NYU, studying Contemporary dance, Ballet and Modern. Every week, they would be taught by a new choreographer, from Monday to Thursday, and on Fridays, her group would have to perform.

Her feet were always on the move ever since she was a kid. “Dance is my way of life. My body is my medium of expression. There is no life without finding a flow in my movement. Through dance and movement, I find ease, and effortless way to life.” says Shruti.

It was when learning rope and pole Mallakhamb from Uday Deshpande sir that Shruti fell in love with Aerial silk! One of her classmates introduced and taught her Aerial Art. When she first held the silk, Shruti knew this was what her soul sought to call home. She wanted to make most of her time in NYC and so during her training at NYU,  Shruti also signed up for after-school classes at  New York Aerial Arts to learn and master the art form professionally.

There was no “what do you want to become when you grow up” for Shruti, for she knew she wanted to teach. Since adolescence, Shruti knew that she was born to teach. In addition to this, when she was 18 years old, Shruti was aware that she wanted to build a school of her own. She didn’t have the slightest clue that it would be a DANCE school. Shruti started The Wooden Stage to create a platform where both students and teachers can keep learning.

Not wanting to waste one precious moment, though her studio was still under construction, she began her first class in a fire exit. She was confident that the place would create magic, and it did! Soon her studio was ready with fully equipped essentials and was up and running with passionate dancers pouring in.

Shruti has innumerable performances in her kitty along with power-packed collaborations in the field of aerial arts besides teaching and choreographing for films and TVC’s. In addition to this, she has trained in rope and pole Malakhamb from Sri Samarth Vyayam Mandir under the guidance of Mr Uday Deshpande. Shruti along with being a teacher is also a student for life. She’s always training and upgrading her knowledge. She has also trained in Kalari Payatu a South Indian form of martial arts with her all-time favourite guru Belraj Soni.

In terms of her work on screen, Shruti has Kingfisher Supermodels 2 on NDTV, India’s next top models 2016 on MTV, Meri life meri choice on channel V Band Baja Bride on NDTV to her credits. A few TVC’s that she has featured and choreographed include Discovery channel’s citizens of India, Cleartrip, Loreal and Parachute hair oil. Making her mark in Bollywood Shruti has choreographed two songs namely Udja re song in Rock on 2 and a song in the movie Rocket gang.

She has also been invited to showcase her skills at TedX, besides speaking and performing at Tiecon. Shruti has also been part of performances in theatre plays. There is no TGIF when you love what you do or absence of training on weekends for her. This is a value that she has begun witnessing even in her students as they too make the most of their weekends by doing self-practice.

If Shruti had an option to be anything other than a teacher, she’d choose to be Peter Pan, a kid who never grew!

“I love what I do and so I am living my best life today!” says Vidhi Jasani.

As a co-founder of a dance studio, Vidhi is expected to be adept at dancing. But, surprise! She chose to pursue the management side of the job instead. The only times that she has danced was when she was bullied to attend dance classes with her sister Shruti and later when they prepared the dance syllabus at the studio. As surprising as it is to us, Vidhi knew that she was always good at management, right from when she was an engineer who loved to fix, manage and organise things.

Academically, Vidhi has completed her Masters in Marketing. But, somewhere deep down she always knew that she would come back and join TWS. What she was unaware of was the spark that would set her passion on fire for the place she has today.

A few months after Vidhi joined the studio, there was a show that needed a lot of technical input. Amidst all the confusion and chaos, she thoroughly enjoyed herself; and that’s when she knew that she was really good at handling the backend and it is something that she wants to do for the rest of her life.

As a former Engineering professional, Vidhi has taken the job of enhancing the studio technically. Her immense knowledge of designing brings in enthusiasm and an ideal vibe that makes The Wooden Stage a perfectly comfortable place. Besides this, she has completely taken over looking after communication, registration, and data handling at the school. So much so that she remembers the daily schedules of more than 400 students!

Unlike Shruti, Vidhi does not miss the creative aspect because she knows she is the technical head of the two. Today it’s been 6 years that she has been a part of the company. In all this time, she has helped organise the space a little more and free up Shruti in terms of letting her take over the creative aspect.

It’s never easy to create your own work structure. Vidhi overcame this to create her own structure that she has been successfully implementing for the last 6 years since her joining.

“The school is such a happy place. Even today kids love coming to the classes because they love our teachers and they love the space!” says Vidhi. She wants The Wooden Stage to be a one-stop-shop for all things dance, especially being known for our aerial dance classes. This is for both kids and adults because the school is the first one to create a class that taught aerial acts. 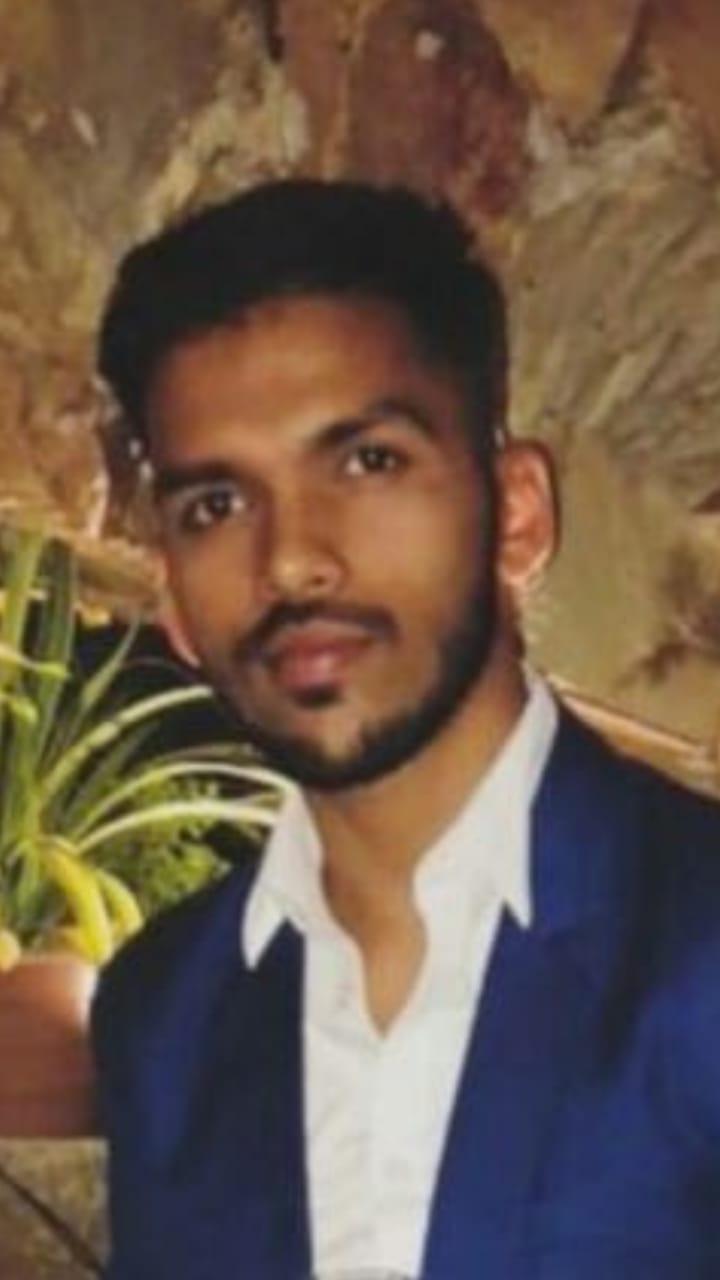 The first time Vaibhav walked into the doors of The Wooden Stage, he knew that he was in the right place. He had finally found a home. The performance that evoked his curiosity was when he watched Shruti and her team perform for an award show at Hyatt hotel. At that moment, he decided that this was the company he would like to be part of.

Observing Vaibhav’s dancing moves and his indomitable body strength, Shruti handed him silk, something he hadn’t thought about exploring yet. Taking it as a challenge, Vaibhav began training in Aerial Art. Being on silk for Vaibhav was like he knew this is what he was born to do.

“You learn better when you teach” is his motto for dance. In no time, Vaibhav began teaching kids using his exceptional abilities. Today students at TWS have a feeling of security around them, helping them move freely on silk.

Rarely do you come across a performer who can perform (like a natural) on silk, not just alone but with a partner- Vaibhav is just one of those few!

His perception regarding vertical apparatus is commendable, only developing with years of constant practice. Today he can move with ease when hanging on this vertical apparatus. Learning never stops, and it never has for Vaibhav. He dives deeper into the world of dancing at each chance!

Apart from specializing in Aerial hoops and silk, Vaibhav has also trained for contemporary, hip hop, trapeze, rope, and handstands. In uncalled-for situations, Vaibhav can manage to remain calm and reason while also improving his performance.

He is the biggest Bruno Mars fan there ever could be!

When he takes his time off from dancing, Vaibhav is found trekking, travelling on various country adventures!